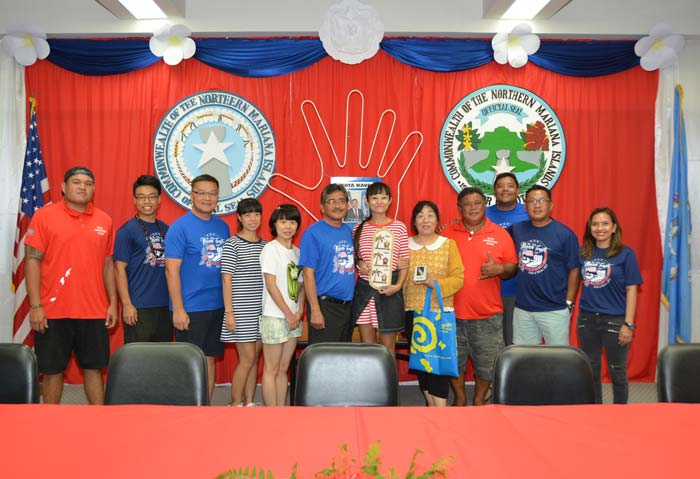 “The idea of awarding our 100th Rota visitor is a good benchmark for the Century Travel day tour on Rota,” said Century Travel business development officer Owen Ji. “We started operating on July 11 and in just two months we had our 100th tourist. It is relevant and we would like to recognize this accomplishment.”

Rota Island boasts of breath taking sceneries such as the giant latte stones carved out of limestone at the As Nieves Latte Stone Quarry, the Sagua’gaga Seabird Sanctuary, Rota’s Swimming Hole, the Tonga cave and Rota Cave Museum, its Tweksberry Park, and Mt. Tapingot. Aside from the tourist destinations, the island also prides in local food that dates back to the ancient Chamorro such as the coconut crab and the hot spicy beef soup. Truly, it’s a must-have journey to every tourists list!